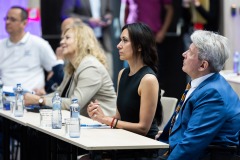 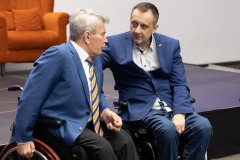 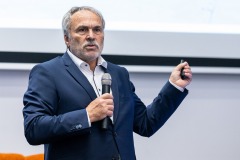 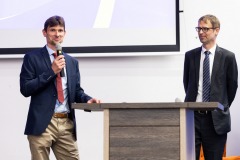 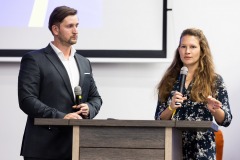 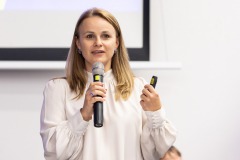 Congress of the European Association of Paraplegics in Slovakia

EQUIVALENCE IN RELATIONSHIP IS THE WAY TO POSITIVE CHANGE

The organizers held the congress this year in cooperation with the national project “We are all equal” (Sme si rovni), which is carried out by the Paralympic Committee of Slovakia. Lectures, workshops and meetings took place in the X-Bionic Sphere sports and relaxation complex, which is well adapted to the living and sports activities of the physically challenged. The congress was attended by representatives of Croatia, Serbia, Slovenia, the Netherlands, Switzerland, Germany, the Czech Republic, Finland, Italy, Sweden, England, Albania, Greece and many participants from Slovakia.

The first day of the congress began in a relaxed atmosphere, where participants listened to a video by Stefan Opresnik Jorlev, ESCIF President, who said he could not attend the congress due to illness, but briefly summarized ESCIF’s main activities. held in the last year. Nuutti Hiltunen, Vice-President of ESCIF, and Milan Kašiak, Member of the Board of ESCIF and the main organizer of this year’s Congress, also addressed the audience.

The international conference “We are all equal” hosted Slovak speakers as well as speakers from the Netherlands, Great Britain, Germany, the Czech Republic and Switzerland. Jan Riapoš, President of the Paralympic Committee of Slovakia, gave an introductory speech, emphasizing the importance of sport for the inclusion of people with disabilities in active life. The guests were also among the first to address Valeriy Sushkevych, President of the Ukrainian Paralympic Federation, who presented the impact of the war on Ukrainian disabled people.

Michal Hasara, Milan Kašiak and Lucia Vreštiakova spoke about the three-year European project “We are all equal”. The name of the national project perfectly captures the central idea and goal of the action, as it gives the main role to peer mentors or motivators. These are also individuals with disabilities themselves who have gone through a period of coping with disability after an injury, car accident or illness. Motivators connect with clients with whom they are equal. Through a reciprocal approach, they know best how to help people who are facing various hardships and problems resulting from disability. Clients may be struggling with depression or pain, fearing losing their job, not being able to imagine the future, or not knowing how their changed health will be received by family and friends. So far, 24 motivators and 24 mentors and over 800 client users have been involved in the project. They conducted numerous trainings of motivators, webinars and other activities. The contractors want to continue the project, as there are no specialized rehabilitation centers for spinal cord injuries in Slovakia, so this project is extremely important for the social rehabilitation of people with spinal cord injuries. Dr. Bruno Rudinsky summed up that the sum of 30 million euros needed for the construction of four national rehabilitation centers has been provided for several years, but the realization has not yet taken place. The type of registers and analytical data necessary for a successful understanding of the situation was outlined by Martin Smatana, who concluded that there is no precise data on the number of spinal cord injuries in Slovakia. However, the authors of the article concluded on the basis of various databases that this number ranges between 120 and 150 new people per year.

An example of good practice and a working program for the treatment of spinal injuries in the Czech Republic was presented by Dr. Jan Pazour, who emphasized the cooperation of the profession with non-governmental organizations for the successful rehabilitation of people with spinal cord injuries. The bridge between the rehabilitation institution and the return to active life after a spinal cord injury in Switzerland was presented by a social worker employed by the Swiss Association of Paraplegics, Daniella Vozza. The day ended with the presentation of personal stories of motivators and their clients who participated in the project “We are all equal”.

Theo te Winkel, brother of the late Dick te Winkel, the initiator of the ESCIF and a former member of the ESCIF board, took a walk through the history of ESCIF and highlighted key points that ESCIF will face in the future. Lucy Robinson presented a program to employ people with spinal cord injuries in the UK. Kevin Schultes, a very active member of the German Association of Paraplegics, and Albert Marti from Switzerland and the Secretary of ESCIF, outlined the humanitarian project “Ukrainian SCI relief”, which helps Ukrainian refugees with spinal cord injuries on their way from Ukraine and find suitable accommodation in Ukraine. European countries. This was followed by a presentation of the Boccia Paralympic sport.

The last day of the four-day gathering began with Erik Berndsson from Sweden, who joined via video link and outlined the course of the “affordable electric charging station” project, which ESCIF launched last year at the initiative of the Swedish Paraplegics Association. This was followed by a workshop where participants in two groups exchanged experiences and initiatives regarding electric charging stations, which will be extremely important information for the continuation of the project. The day was followed by a presentation by Bojan Hajdin, President of the Croatian Association of Paraplegics and Tetraplegics, on the idea of ​​an accessible mobile home with all the additional services that a wheelchair user needs. With the invitation of representatives of the Greek Association of Paraplegics, Presidents Georg Avgoustidis and Vasiliki Fragkala, to the ESCIF Congress in Thessaloniki next year, the 17th Congress of the European Association of Paraplegics also concluded. The congress also included the annual assembly of ESCIF delegates, which was also chaired this year by the first president of ESCIF, Daniel Joggi. Among other things, they approved the report for 2021, accepted the membership fee remaining at 375.00 euros, and elected a new board member Lucy Robinson from England, as the term of office of Nuutti Hiltunen from Finland expired and he did not want to continue working for ESCIF.

Programme of the Congress