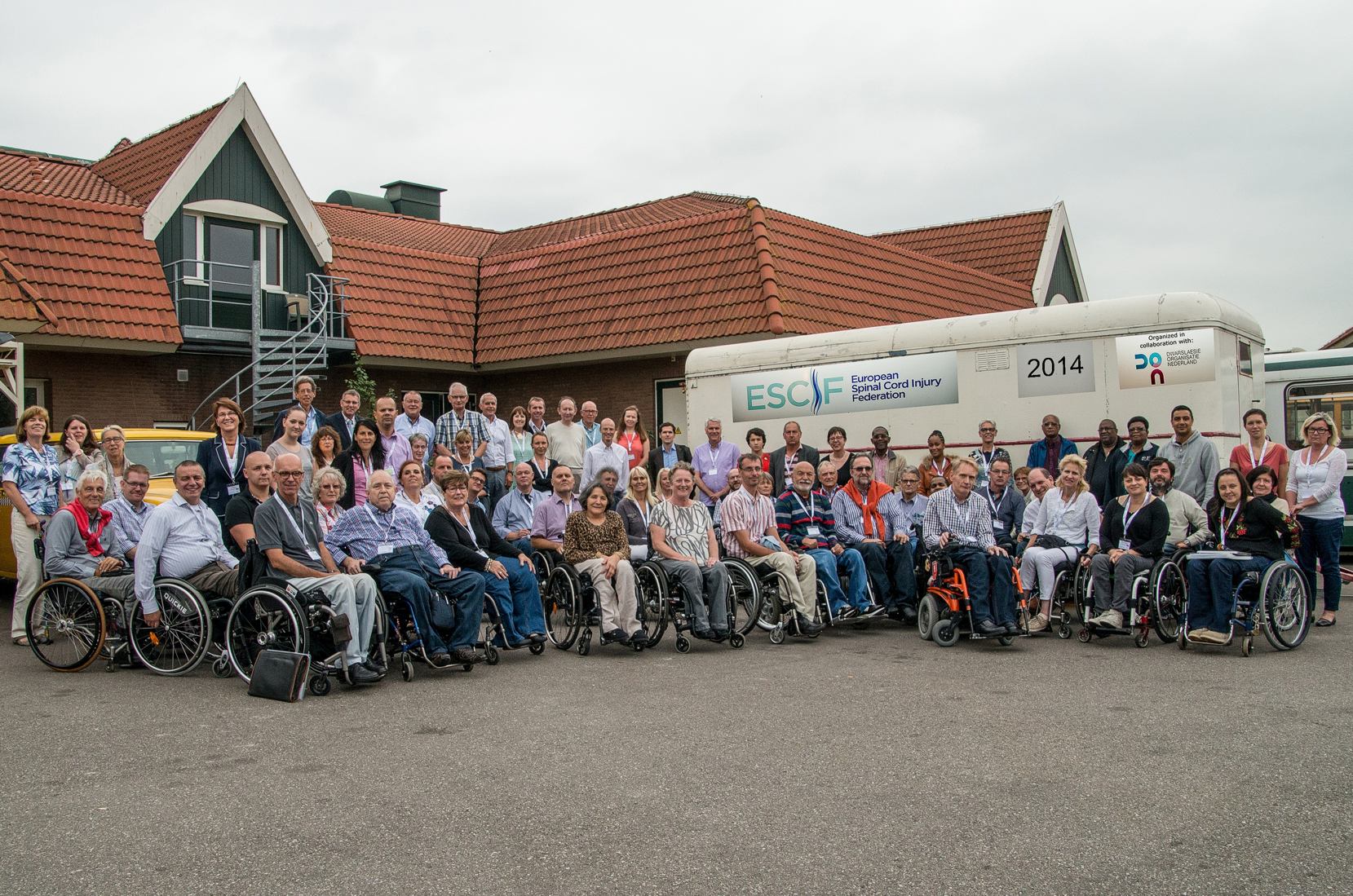 The annual ESCIF Congress was organised in cooperation with the Dutch SCI Association. The congress was held for the ninth time and for the second time in the Netherlands. The congress took place from 27 – 29 August 2014 in Hotel De Rijper Eilanden in De Rijp, 30 km from Amsterdam.

The theme of the congress was: Healthy Ageing: what can be done?

Around 80 participants – delegates from ESCIF member organizations, people with spinal cord injury (SCI), SCI professionals, researchers and quality experts – from many countries in Europe and beyond arrived. As usual during ESCIF congresses, a variety of key speakers were welcomed, all with great authority in their field of expertise. This because the topic ‘Healthy Ageing’ is of great general interest and also – because of the increased life expectancy of people living with SCI – new challenges / problems arise in the field of their health, participation and quality of life in the long(er) run. This congress was interesting both for younger people with 15-20 years’ SCI experience and older people (>65 years) with SCI. It also inspired associations regarding the question: ‘What can a national SCI association do to facilitate healthy ageing of people living with SCI’.

The ESCIF Congress 2014 was scheduled during the last workdays of August 2014 because 2 – 4 September 2014 the 53th ISCoS Annual Scientific Meeting took place in Maastricht, the Netherlands.